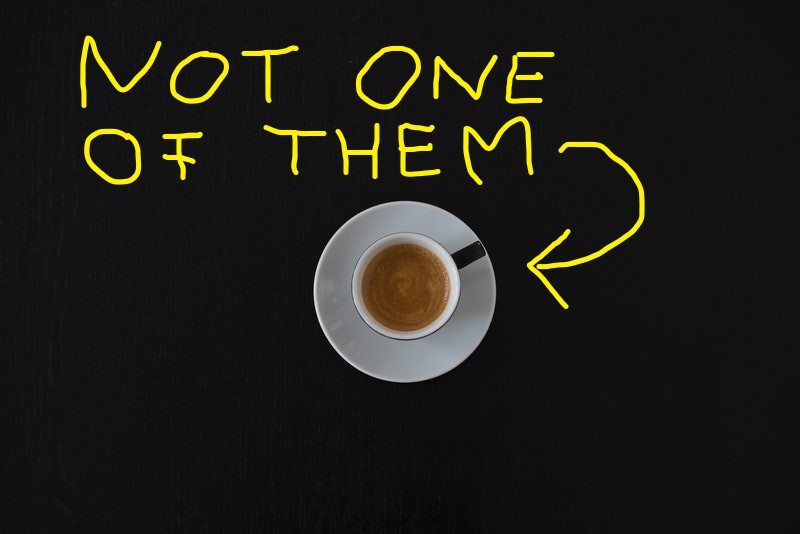 Do you want to reach master coding level? This article gives you the five keystone habits of high achievers in the coding industry. These masters are not merely more productive than the majority of semi-professionals who cannot wait but going into the weekend so that they don’t have to look at source code for two days. No, they are an order of magnitude more productive. We are talking 10x engineer level (that’s why they get paid 10x the average software developer salaries).

Let’s dive into the habits of highly effective coders and explore how they think and respond to different situations. Because being a coder is first and foremost an identity and a way of life.

Yet, it’s also the profane activity of writing code…

Shut up and code. Seriously. Master coders do not bitch about the difficulty of the code base, they do not procrastinate, waste hours drinking coffee, chatting with colleagues, complaining about project managers, or playing online games in one browser tab while coding in another. Instead, master coders are laser focused at the problems they attack (see next point). They don’t strategize when there is no going back (for example the project outline has already been decided) because they don’t second guess their decision to go all out. Master coders fight a constant battle against the problem on which they focus — it’s a battle of life or death. Master coders hold the code in their minds when walking, talking, staring at the screen, and even when they go to sleep. They have a code first mindset – they even think about source code when lying in bed.

Don’t take this lightly. If you do not work with source code daily, there is no reason to read on. The other habits are weak compared to this one. Your coding productivity — and your learning progress — is proportional to the number of lines of source code you write every day. Period. So make writing your own code a first-class citizen. Set yourself a target of writing at least one line of code every day. And as you are implementing your new coding habit, you will observe that you won’t just write a single line of code but another and another. Before you know it, you create massive-scale applications with the potential to touch the life of millions.

It’s simple: without placing code at the center of your universe, you will never become a great coder — and I urge you: don’t read on before you vow to yourself that you will write at least one line of code on every single day of the week. 52 weeks in the year. Just shut up and code.

Great! By implementing habit #1, you have established your basic coding productivity level and learning progress: You write code every day and you will reach your goal of becoming a master coder for sure — the only question is: when?

Habit #2 is about efficiency more than effectiveness: how many resources do you need to invest to reach your goal of becoming a master coder? It’s about creating an environment of super productivity and flow.

Every master knows the state of total focus, of reaching ocean deep levels of focus. Master coders don’t think about code in a shallow way. They are so focused — they don’t even realize that the phone rings. Being in a state of flow and attacking their focal point, they forget everything around them.

The state of flow and focus is deep meditation and clarity in thinking. As a master coder, you don’t have to use cheap tricks like switching off WhatsApp, using time trackers and the Pomodoro technique, or asking their wife to hide the Netflix password in the garden. Why? Because you simply don’t want to do anything else than coding. There are no distractions powerful enough to get to you.

If you are 100% focused, you reach more in a few hours than others in weeks (if they are even focused enough to push their projects through). How do you reach this level of focus? Shut up and code!

At this point, you keep coding (effectiveness) and you focus (efficiency). Your super laser has the potential to vaporize any object you desire to destroy. You have the power but now you need to use it wisely. I don’t mean that you need to do good or anything like that. Instead, you simply need to focus for a long enough time to tackle the obstacle in front of you. For example, say you direct your super laser towards one obstacle with the goal of destroying it. But then you immediately target the laser to another obstacle. And another. And another. Nothing gets vaporized. What a waste!

Yet, many coders do not persist long and hard enough. It’s simple: you select one target obstacle, you focus your attention on this obstacle until it falls. Then you move on. You don’t move on BEFORE the obstacle vaporizes. As a true master coder, you ship your code or die trying. You don’t abandon your projects before you have reached your project goals.

Roughly speaking, you also don’t switch your kids just because they become difficult to handle when reaching adolescence. Your kids are for life. Your coding projects are, not always for life, but at least for completion.

Let’s start this with a thought experiment: say you teach an ape to code. Somehow you manage to convince him to focus only on the code and persist doing the same project until completion. Well – the ape still isn’t going to code the next Facebook, right? An important ingredient is missing in the secret formula!

It’s POTENTIAL. And the good thing for human potential is that you can stretch it by learning, finishing courses, reading textbooks, talking to other master coders, and attending conferences in your field. The master coder will continuously focus on extending their potential, their limits, their personal growth.

Every goal that is difficult to attain for you, is quickly and easily reached by someone better than you. For example, earning $1M per month is hard for you but easy for Warren Buffet. And helping 1M people is hard for you but easy for Barack Obama. You must create new levels of problems so that the old problems seem to be so minor that you will easily overcome them. Never underestimate the power of continuous growth.

If you have six hours to cut down a tree, sharpen your ax for five hours.

Congratulations, you have attained the mindset of a master coder. You code. You focus. You persist. You learn. In other words, you have the power to create huge amounts of value in short amounts of time. Now what?

Scale the heck out of your skill. Multiply yourself. There is no value in scaling something that doesn’t work. But you work. So it is your moral and ethical obligation to leverage yourself and reach global impact.

How? You scale yourself just like you would scale an app: add more resources and systems. You write books to distribute your knowledge, you give courses to share your insights. You automate boring tasks to get more free time to help more people. And you reach crystal clear clarity about how you can better scale your unique skill set: from writing tiny scripts which execute repetitive tasks for you to writing massively valuable books in which you share your unique expertise. There is a time for being busy, and there is a time to scale.

As a master coder, you love systems. Now create a system around yourself. By multiplying yourself, you’ll become known for your abundant giving mentality. The more you give, the more you’ll get.

10x programmers earn 10x salaries because they provide an order of magnitude more value to people, companies, and the marketplace. But it’ll be very hard to achieve this working as an employee: 10x employees give most of their excess to their employers.

To benefit from your own excess productivity, you may want to become self-employed. If you want to learn about the state-of-the-art for Python freelancing, check out my webinar how to start earning money on the side by becoming a Python freelancer.

Finxter aims to be your lever! Our single purpose is to increase humanity's collective intelligence via programming tutorials so you can leverage infinite computational intelligence to your success! 🧠

Also, feel free to check out our Finxter books and the world's #1 freelancer course to create your thriving coding business online. ⭐⭐⭐⭐⭐

If you're not quite ready to go all in, read over our blog article on earning your first $3,000 as a freelance coder.

ALL SIDEBAR LINKS OPEN IN A NEW TAB!