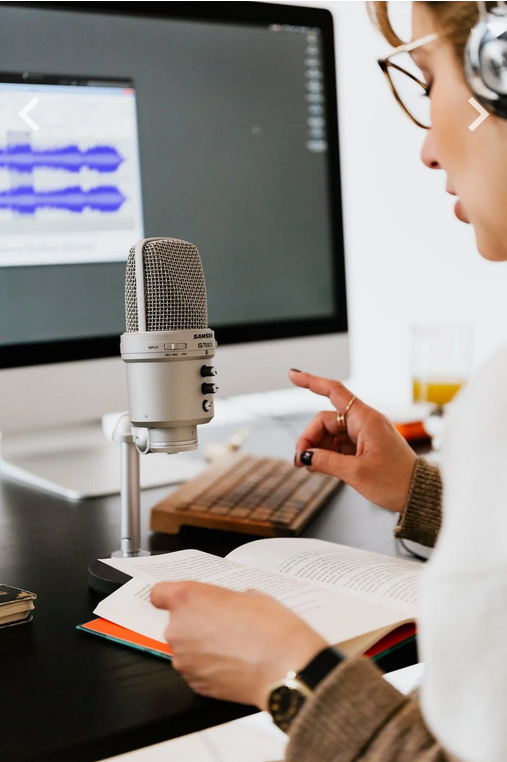 Project goal: code your own Google Home with Python and learn how to use speech recognition to launch Spotify and play songs!

Ever wanted to code a powerful yet simple tool that is more bespoke than mainstream devices?

We will learn how to implement it in Python with a bunch of powerful libraries!

Breaking down our problem, there are three tasks ahead of us:

Don’t do the heavy lifting yourself!

Speech recognition is the ability to detect and identify words and phrases in spoken language and subsequently convert them into human, readable text.

This field can be very complex and top Python libraries result from decades of hard work from experts. We will obviously not be constructing from A to Z such a library, that would be way beyond this tutorial. Instead, we will be using the SpeechRecognition library.

As usual, we will start downloading the module:

Then, in a new Python file, you can import it the following way:

It is now very handy, you have access to several speech recognition engines, that have different use cases:

In this tutorial, we will be using Google Speech Recognition, because it is rather simple to use, efficient, and does not require any API key.

Interpreting Speech from a File

Before starting, make sure you placed an audio file containing english language, in the current working directory for maximised simplicity, or somewhere you know the path (such as ‘../audio_files/my_audio_file.wav’).

The first step is to initialize your recognizer like so:

The below code is then responsible for loading the audio file from the designated path, and then converting the speech into text using Google Speech Recognition:

This could take a little while, on the other hand don’t think the duration of the code execution is in some way related to human speech speed: you will commonly eye-witness your code spitting out the full text even before the audio file has finished reading!

Okay, this kind of script works fine for small to medium-sized audio files, not so well for larger files.

I won’t go into too many details here, as our goal is to launch Spotify thanks to voice command, remember? Suggesting we’ll use the mic.

However, if you do need to convert the content of large audio files, then you should be looking into the pydub library, more specifically its AudioSegment class and split_on_silence function.

Because, well-equipped with these two, you will then be able to respectively load the audio data and chunk it, based on a pre-set silence duration found in the data.

This comes handy to split your audio file.

👉 Recommended: How to Recognize Speech From Large Audio Files?

Interpreting Speech from the Mic

We are now getting to the core of the tutorial! We will be processing the audio input directly from the mic, moving one step closer to being able to actually make voice commands.

To start with, this requires PyAudio to be installed on your machine and depending on your OS the installation procedure varies:

You need to first install the dependencies:

You need to first install portaudio:

Warning: you may experience issues installing the module properly, especially on Windows.

For Windows users, if you don’t succeed the abovementioned way, try:

This piece of code will open the (default) mic, read the input for 5 seconds (you can obviously tailor this argument), then (try to) convert it, finally print out the output.

Obviously it still isn’t perfect, for example it usually struggles with homophonous phrases or words.

Two arguments are worth mentioning at this point:

Now that we can talk to our speech recognizer and convert speech into text, let’s head towards our second task: opening processes.

As often, there are multiple ways to do this.

We will use the subprocess module, which is built-in.

In particular, we will be using the Popen (P stands for process) function within this module, like so:

For example, on my machine, opening the Spotify desktop app would be done like so:

Depending on your OS, you may need to adjust the slashes in the path to make sure it is understood well. You may want to use a function doing this for you in the os built-in module.

Of course, as always feel free to dive deeper into this module, but for now we have what we need to trigger the opening of our Spotify (desktop) app.

From there, we can easily create a condition on the output text from the speech conversion; for example :

What is there left to do?

Now that our Spotify app is open on voice command, we need to somehow be able to launch a song.

To do this, there may exist Spotify modules, but we will be using a powerful module:

This module is essentially about automating mouse, windows, and keyboard actions!

So, what we’ll do is identify the Spotify app search bar location, click it, clear it if needed, type a song or artist name in it, then press Enter, then press Play, and we’re done!

The first thing is to make sure we are dealing with the Spotify app window.

To do this we’ll loop over pyautogui.getAllWindows(), which yields all the currently opened windows titles, and make an if statement to select the Spotify window.

We will then proceed to the subtasks identified above.

We will use a convention here in our voice command: for the sake of simplicity, we will assume that the name of the wanted artist comes last in the voice command (e.g.: “Please open Spotify and play Madonna”).

Of course this is a dummy example, but you can easily improve the voice command and make it more flexible.

Breaking down this piece of code, we performed sequentially all the steps we identified as mandatory.

Note the difference between the hotkey (keystroke combination) and press (single key, down then up) methods.

We used Ctrl+a to select all potential text in the search bar, then we removed it before typing our artist’s name. The text[-1] bit refers to the last word of our voice command, see the convention described above.

Please note the interval argument inside the write method: in some cases it is vital for our script to function properly. Why?

Because it is the argument that sets the typing speed, and in some instances, pyautogui just goes too fast for the process and this ends up in an unwanted result.

You might need to manually finetune this argument, like I did before settling with 0.05. In the same vein, the time.sleep() statements are here to make sure our code does not outspeed too much the app, for example it enables to wait for the proper opening of the app. This can imply some manual tries.

Last, the break statement is there to make sure we go out of the for loop once we have found our app. Let’s not waste time checking useless windows!

Alright, we’re almost there, I can hear the song now!

Now you may wonder, what if we need to stop the song from playing?

Well, we’ll take care of just that in the below piece of code:

The while True loop is there to keep looping until it hears ‘stop’ (again, you can obviously tailor this criterion).

If ‘stop’ is heard and correctly decoded, then pyautogui presses the Stop button for us. (Do not hesitate to look into parameters that enable to improve the mic detection when there is noise around (here, our song playing)).

With the use of a try/except clause, we are able to keep the program running without being bothered by potential errors in the way, but still able to print them if they appear, for later debugging.

Want to see my full code? Here it is, below:

There is room for improvement but it works, you can be proud of you if you manage to code your own music launcher!

Thank you guys! That’s all for today.

Clement Lelievre
I am a professional freelance data scientist, a Python blogger, and I teach data visualization and machine learning. Reach me!