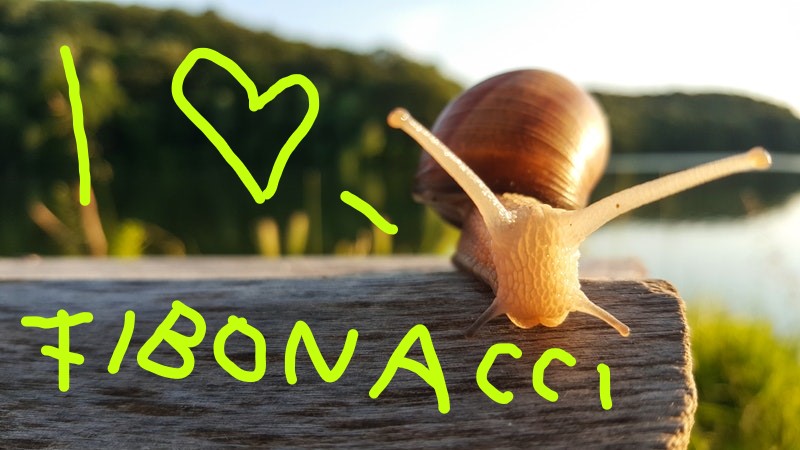 When I googled “Fibonacci Python” today, I found a lot of algorithms (most of them easy to understand). But I wondered — is there a Python one-liner to find numbers in the most concise way? As it turns out, there is! Read on to learn how to write the Fibonacci algorithm in one line of Python code.

The popular Italian mathematician Fibonacci (original name: “Leonardo of Pisa”) introduced in the year 1202 the Fibonacci numbers – with the surprising observation that these numbers occur everywhere in various fields such as math, art, and biology.

Listing: Calculating the Fibonacci series in one line of Python code.

Try it yourself in our interactive code snippet:

Exercise: What’s the output of this code snippet?

“Apply function of two arguments cumulatively to the items of sequence, from left to right, so as to reduce the sequence to a single value. For example, reduce(lambda x, y: x+y, [1, 2, 3, 4, 5]) calculates ((((1+2)+3)+4)+5). The left argument, x, is the accumulated value and the right argument, y, is the value from the sequence. If the optional initializer is present, it is placed before the items of the sequence in the and serves as a default when the sequence is empty. If initializer is not given and contains only one item, the first item is returned.”

The reduce function is useful if you want to aggregate state information that is just computed “on the fly”. For example, you compute the new Fibonacci number based on the previous two Fibonacci numbers that have just been computed. This is difficult to achieve with list comprehension (see Chapter 3) because you cannot (with standard means) access the newly created values from the list comprehension.

In summary, you’ve improved your understanding of another important pattern for Python one-liners: using the reduce function to create a list that dynamically uses the freshly updated or added list elements to compute new list elements. You will find this useful pattern quite often in practice.

6 thoughts on “Fibonacci in One Line Python”