Now, when you read the input files in the Pandas library in Python, you may encounter a certain UnicodeDecodeError. This primarily happens when you are reading a file that is encoded in a different standard than the one you are using. Consider the below error as a reference.

The process of converting human-readable data into a specified format for secured data transmission is known as encoding. Decoding is the opposite of encoding which converts the encoded information to normal text (human-readable form).

In this tutorial, let us have a look at the different ways of fixing the UnicodeDecodeError.

Now, lets us say that your file is encoded in utf-8, then you must set utf-8 as a value to encoding parameter as shown below to avoid the occurence of an error.

#Fix 2: Change The Encoding of The File

If you are using the Pycharm IDE then handling the Unicode error becomes a tad simpler. If you have a single input file or a lesser number of input files, you can change the encoding of the files to utf-8 directly within Pycharm. Follow the steps given below to implement encoding to utf-8 in Pycharm: 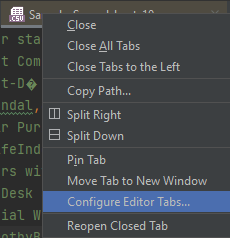 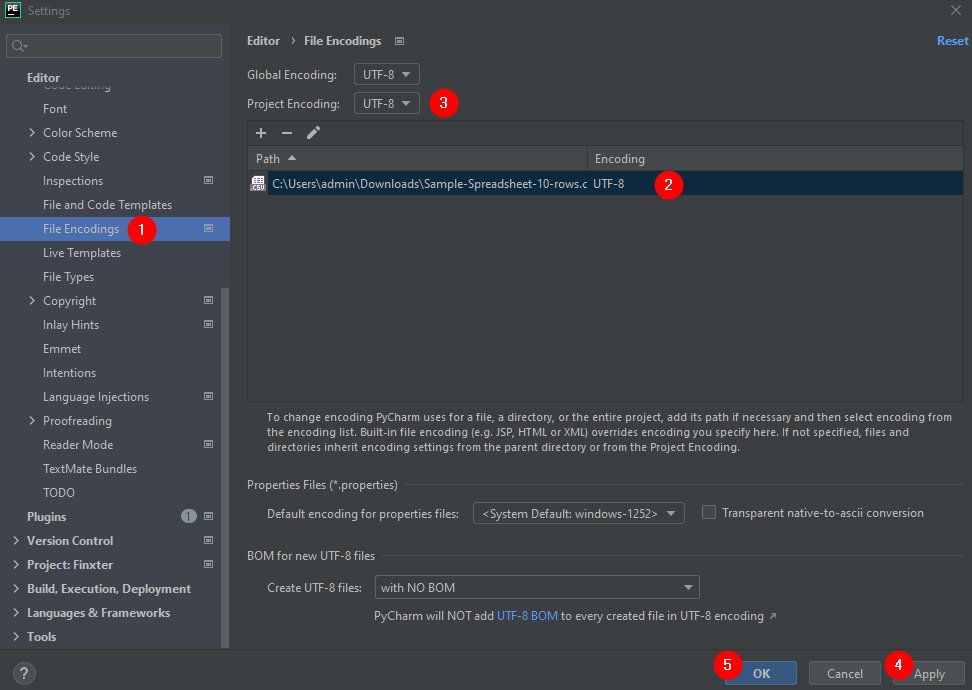 To become a PyCharm master, check out our full course on the Finxter Computer Science Academy available for free for all Finxter Premium Members:

In case you are using notepad++ for your script, follow the steps given below to enable automatic encoding to utf-8:

Now, call the read_csv method with encoding=”utf-8” parameter. Refer to the below code snippet for details.

#Fix 3: Identify the encoding of the file.

In scenarios where converting the input file is not an option, we can try the following:

We can identify the encoding of the file and pass the value as an encoding parameter. This is best suited when there is only one or a lesser number of input files.

4. In order to know the value that can be assigned to the encoding parameter, refer to Python Encodings

For example, if the Encoding is UTF-16 BE BOM, the read_csv() can be called as shown below. Notice that the value of encoding is utf_16_be.

3.2 Use The chardet Package

When there are several input files, it becomes difficult to identify the encoding of the single file or to convert all the files. This method comes in handy in such cases.

Refer to the below code snippet. Here we have used the chardet package to detect the encoding of the file and then passed that value to the encoding parameter in the read_csv() method.

If you do not want to find the encoding of the file, try the below fixes.

In most cases, the error can be fixed by passing the engine=’python’ argument in the read_csv() as shown below.

#Fix 5: Use encoding= latin1 or unicode_escape

If you just want to get rid of the error and if having some garbage values in the file does not matter, then you can simply pass encoding=latin1 or encoding=unicode_escape in read_csv()

Example 1: Here, we are passing encoding=latin1

Example 2: Here, we are passing encoding=unicode_escape

In this tutorial, we have covered different ways of finding the encoding of a file and passing that as an argument to the read_csv function to get rid of the UnicodeDecodeError. We hope this has been informative. Please stay tuned and subscribe for more such tips and tricks.

I am a professional Python Blogger and Content creator. I have published numerous articles and created courses over a period of time. Presently I am working as a full-time freelancer and I have experience in domains like Python, AWS, DevOps, and Networking.