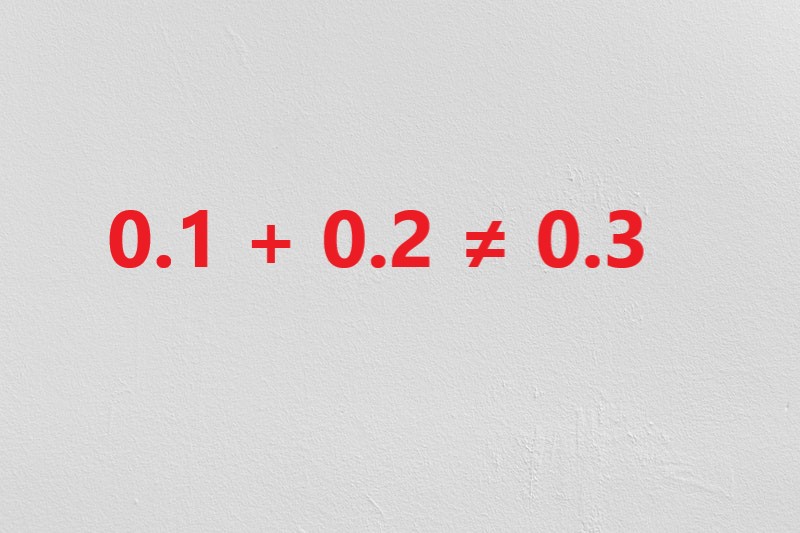 Have a look at the following code snippet:

In the code snippet, you have assumed that the number 0.1 actually represents the decimal value 0.1 or 1/10. (Let me know, if you didn’t… ;)) This is natural but a wrong assumption. The value 0.1 doesn’t exist on your computer. Instead, your computer stores every number as a binary consisting only of zeros and ones.

Now, it’s easy to see why 0.1 + 0.2 != 0.3. Floatingpoint arithmetic is not powerful enough to represent ALL numbers correctly.

Gughan, one of the readers of my “Coffee Break Python” email series (subscribe!), pointed out the following question:

The code snippet shows that some numbers are represented correctly, others not. Note that value 0.4 is based on the wrongly represented value 0.3 by adding 0.1 to it. The reason is that the mathematical result of 0.3000000000004+0.1 is rounded to the float 0.4 which is the closest floating-point number to the result.

In summary, whether floats has rounding numbers or not depends on their inherent ability to be represented as binary numbers using floating-point arithmetic.

This is neither a bug, nor a big problem. It’s just life in the discretized world of computers.

If you want to dive deep into this topic, you can read more about representation here.

Learn more at the book page on my blog: “Coffee Break Python Workbook: 127 Python Puzzles to Push You From Zero to Hero in Your Coffee Breaks”