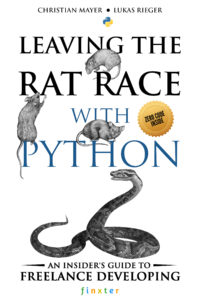 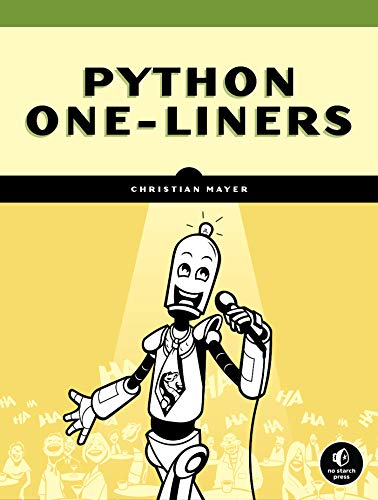 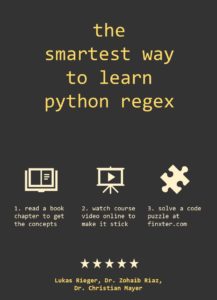 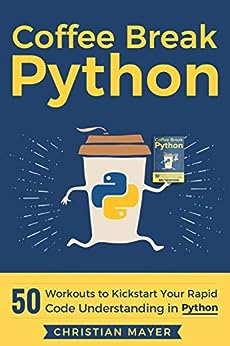 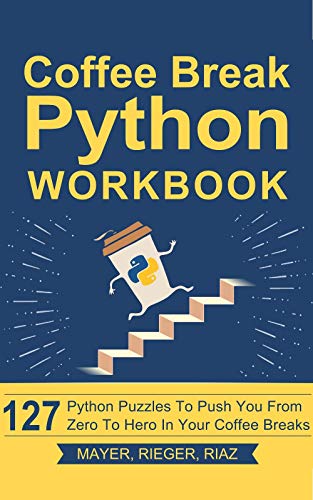 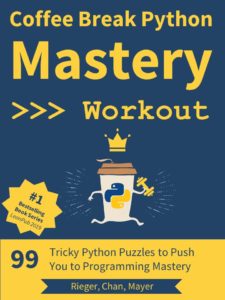 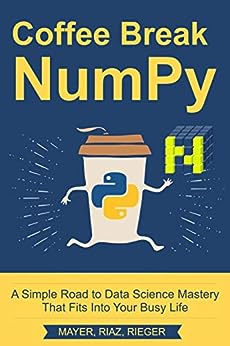 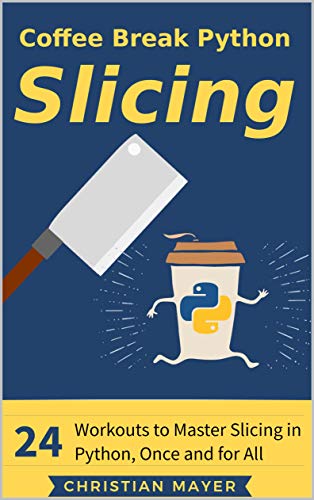 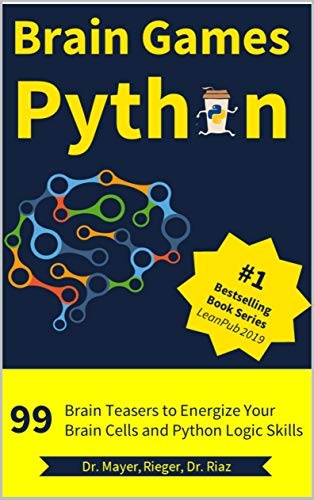 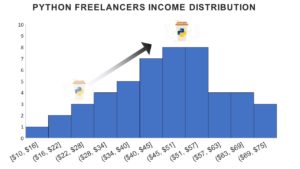 This one-liner uses two Python libraries: NumPy and scikit-learn. The former is the de-facto standard library for numerical computations (e.g. matrix operations). The latter is the most comprehensive library for machine learning which implements hundreds of machine learning algorithms and techniques.

You may ask: “why are you using libraries in a Python one-liner? Isn’t this cheating?”

No! You want to stand on the shoulders of giants! In other words, instead of reinventing the wheel, an advanced Python coder will always reuse existing code bases. It’s a common mistake of many aspiring coders that they want to implement everything on their own. This massively hurts their coding productivity. Of course, you could write your own for loop in assembler using “goto” statements – but you would never waste your time like this, wouldn’t you?

So let’s explore the code snippet step by step.

We create a simple dataset of three values: three stock prices of the Apple stock in three consecutive days. The variable ‘apple’ holds this dataset as a one-dimensional NumPy array. We also store the length of the NumPy array in the variable ‘n’.

Let’s say the goal is to predict the stock value of the next two days. Such an algorithm could be useful as a benchmark for algorithmic trading applications (using larger datasets of course).

To achieve this goal, the one-liner uses linear regression and creates a model via the function ‘fit()’. But what exactly is a model?

Think of a machine learning model as a black box. You put stuff into the box. We call the input “features” and denote them using the variable x which can be a single value or a multi-dimensional vector of values. Then the box does its magic and processes your input. After a bit of time, you get back the result y.

As you keep telling the model your “dream” outputs for many different inputs, you “train” the model using your “training data”. Over time, the model will learn which output you would like to get for certain outputs.

That’s why data is so important in the 21st century: your model will only be as good as it’s training data. Without good training data, it is guaranteed to fail.

So why is machine learning such a big deal nowadays? The main reason is that models “generalize”, i.e., they can use their experience from the training data to predict outcomes for completely new inputs which they have never seen before. If the model generalizes well, these outputs can be surprisingly accurate compared to the “real” but unknown outputs.

Now, let’s deconstruct the one-liner which creates the model:

First, we create a new “empty” model by calling LinearRegression(). How does this model look like?

With this information, we can shed some light into our black box.

In our example, we have only a single input feature x so the formula becomes easier:

Here is what the linear regression model computes:

You can see that we have two coefficients: 1.0 and 155.0. Let’s put them in our formula for linear regression:

Let’s plot both the line and the training data in the same space:

A perfect fit! Using this model, we can predict the stock price for any value of x. Of course, whether this prediction accurately reflects the real world is another story.

After having trained the model, we use it to predict the two next days. The Apple dataset consists of three values 155, 156, and 157. We want to know the fourth and fifth value in this series. Thus, we predict the values for indices 3 and 4.

Each training  data value is a sequence of feature value:

Again, here is our one-liner:

In our case, we only have a single feature x. Therefore, we reshape the NumPy array to the strange looking matrix form:

In our case, the model perfectly fits the training data, so the error is zero. But often it is not possible to find such a linear model. Here is an example of training data that cannot be fit by a single straight line:

In this case, the fit() function finds the line that minimizes the squared error between the training data and the predictions as described above.

Do you feel like you need to brush up your coding skills? Then join my free “Coffee Break Python Email Course”. I’ll send you cheat sheets, daily Python lessons, and code contests. It’s fun!